Get fresh music recommendations delivered to your inbox every Friday.

Somewhere in the Back of My Heart 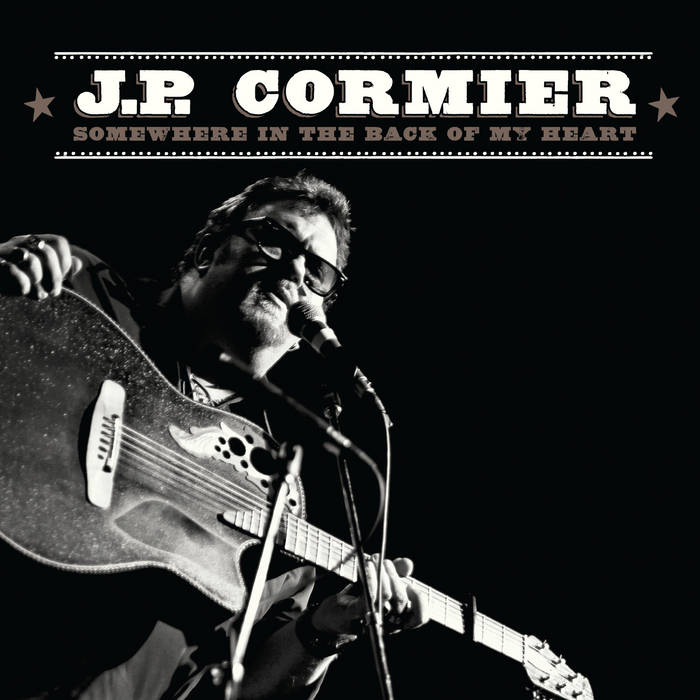 It has been many years since my last outing as a singer/songwriter. My songwriting collections have been historically slow in issuing. Glacial, in fact. I usually make the same lame excuse: I do too many things, and therefore have to make recordings of all these things I do and songwriting and singing get relegated to the back of the queue. Most times, that would be true.
This time, it is not.

On August the 2nd, 2009 I fell asleep at the wheel on the way home from a gig in Cape Breton Island. I left the road at around 50 MPH and into a ravine. The debris trail from what was left of my truck was over 300 feet long. The three people in the vehicle with me sustained various injuries, nothing too serious. They walked away. I did not.

I was not belted in and in the crash, managed to break my spine against the corner of the center console of the truck. It was a serious fracture of L1 vertebrae, and was within millimeters of landing me in a wheelchair for the rest of my days. The next 17 weeks saw me trying to walk again with walkers, canes, back braces, etc., but mostly laid up in a recliner trying to find a way to be without agonizing pain. Luckily everything fused fairly straight and my back healed up and began doing its job again. I unfortunately, I did not.
The whole experience, and knowing how close I had come to both death and paralysis, left me shaken and doubtful. I basically got up one morning and walked right out of my own life. Never looked back, never regretted a thing. Just gave it all up and walked.
The almost three years since then have been filled with majestic triumphs, shattering lows, and a resurgence of the energy I had 20 years ago as a wide-eyed Nova Scotia hick seeing Nashville for the first time. I have literally transformed.

One thing I learned very quickly is the live performance circuit on this continent has changed. You now have to work three times as many shows to make the money you would have made for one 5 or 6 years ago, so in January of this year I formally retired from touring. I also celebrated my 30th year on the road at the same time.

Many new projects have arisen from that decision and it seems I am busier now than ever!

When it was decided I had to get to work on a new album, I found the process harder than I ever have! I sat in my studio for weeks trying to get outside myself and do something fresh and exciting, but as weeks turned into months I realized I was getting nowhere. Also I realized that the material I had to choose from was of a deeply personal nature drawn from the experiences I had, after re-entering the world. I had managed to fall into every pitfall imaginable as I stumbled my way through being alone again. I finally gave up.
Then like a miracle, my business admin guy, company partner, and friend, Darcy Campbell said: “Get your ass over to Jamie Foulds’ studio and make a record!!!” It was a simply brilliant command because Jamie had engineered and performed on “Another Morning” which was my biggest album ever. We worked together dozens of times since then and he knows me musically and personally better than just about anybody in the business. It was time to come full circle and stand once again in front of Jamie’s mics and see what he could drag out of the old bear.

The process was amazing!!! Suddenly I was in the booth with my guitar, just singing the song. Live. Off the floor. What you hear is what you get. With Jamie’s patient support and vigilant ears, he guided me through take after take of things until I finally let go of the world and just lived inside the song. It was a liberating and zen like experience. Then amazingly, friends started showing up to play, people I never would have thought would be interested in my stuff!! It was almost like an intervention, everybody just seemed to come in and lift me up, with encouragement, humour and love. I was so touched and moved by all of it. It was the greatest recording experience I have ever had in my life bar none.

It shows when you listen to this project. There are other things with me sometimes, but Jamie captured me at my most honest and vulnerable and kept me and my old guitar front and center though it all.

So here it is. Stories from my life, stories I’ve heard and felt, stories I’ve loved, a snapshot of one person’s life in a certain moment in time. A pathway to that place where I always meet all of you in the back of my heart.

Singer, songwriter, multi-instrumentalist, producer, recording artist, teacher, collaborator, innovator and award winner; no matter what you call him, J.P. Cormier’s talent is comparable to none. Underlying it all is a young man with an ancient soul who has traveled the world for the past 30 years bringing joy to audiences wherever he goes. ... more

Bandcamp Daily  your guide to the world of Bandcamp